The Naches Trail crosses the Cascade Range through Naches Pass, roughly from today's Bonney Lake in the west to Yakima in the east. Later the name was applied to the route from Walla Walla to Steilacoom, as an extension of the Oregon Trail.

This route was used by Native American peoples to travel from one side of the mountains to the other, for food and trade purposes. One of the earliest written accounts of the use of this trail tells of the travel of a Lt. Johnson of the United States Exploring Expedition (Wilkes Expedition), crossing on horseback, as the Expedition explored the Pacific Northwest in 1841. 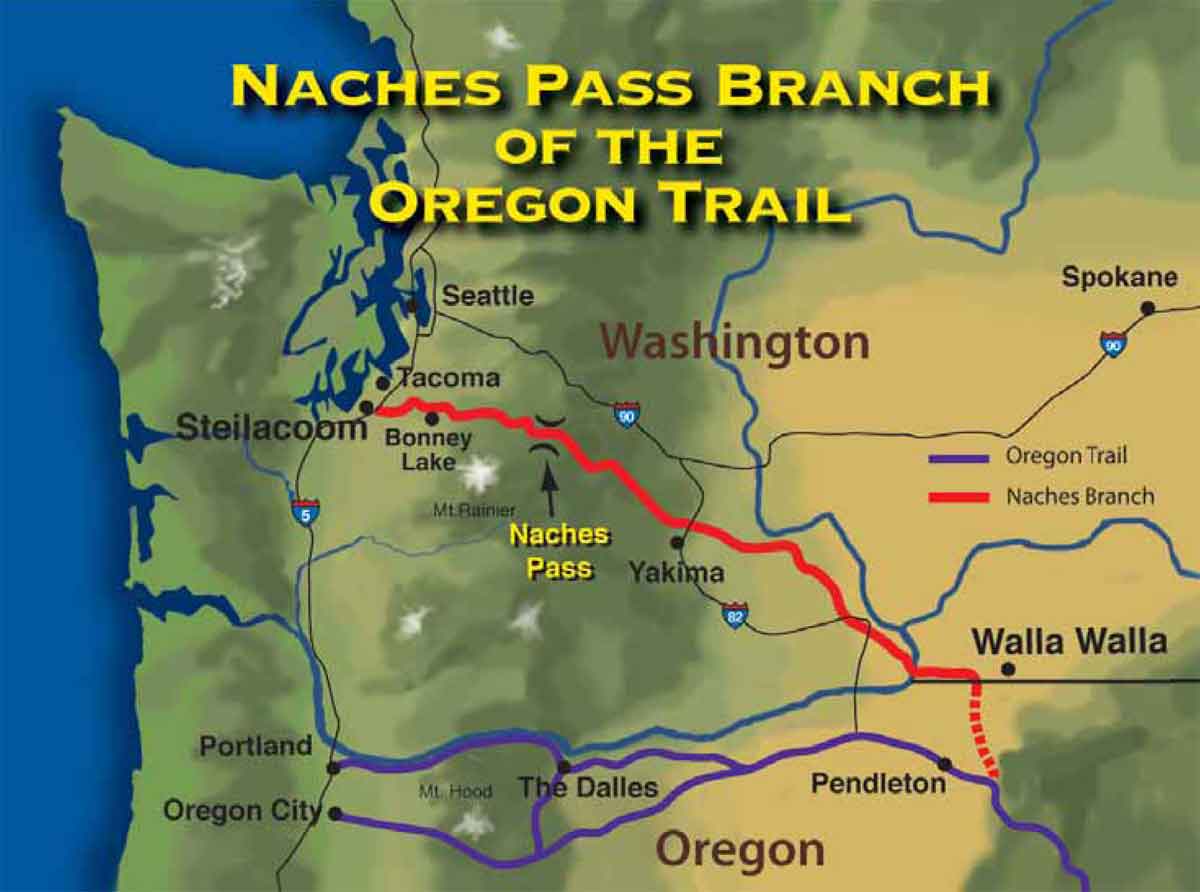